For me, the key was getting help.

Depression, for me, wasn’t sadness. Sadness is a feeling, and my depression was the opposite of feeling — a numbness, a sense that all value in the world was snuffed out. In order to feel sad, you have to care about something: My depression annihilated the very idea of caring.

My friends and family didn’t really matter, said my depression. I would never find a partner, it whispered. Life was nothing but emptiness, and there was only one escape. I was 25 years old, a young man in the prime of his life, and utterly hopeless.

I’m 30 now. I survived — and, more than that, I’m happy. I’m getting married in October, I spend tons of time with my friends and family, and I’m thrilled with my career. The happiness my depression said was impossible is here, and it’s real.

My story isn’t everyone’s. I’m not a psychologist, and I can’t speak in universals about something as personal as depression. But what I can say is this: If you’re depressed, neither Bourdain’s fate nor Kate Spade’s has to be yours. You can get better.

Here’s how I did it:

For a long time after my depression got truly threatening, I didn’t talk about it. I went about living my life, trying to distract myself from what was happening. For a time, this seemed like it was working: When I started at Vox, the validation of a career I loved kept the sense of pointlessness at bay.

But this was a Band-Aid. As my time at Vox progressed and the job became a normal part of my life, depression started creeping back in. The same old fatalism permeated my thoughts.

It’s easy to see depression as a product of bad things happening to you — you lose a loved one, for example, and it ruins you. That is how it works for many people. But for me, depression wasn’t situational and couldn’t be fixed by professional or personal successes.

It was a war, and I was losing. It wasn’t until the summer of 2015, more than a year after the dark time began, that things started to turn around. And I know exactly why: I stopped hiding the way I felt, and clued in people who loved me about what was going on.

One of the many lies depression tells you is that you should feel ashamed of being its victim. That if you tell the people around you that you’re suffering, they’ll judge you or they won’t care. The best thing you can do is keep them from worrying and put on a brave face. I was really good at this: People would always tell me how happy I seemed on the outside, how bubbly and friendly I was, even when on the inside, I knew I wasn’t.

There was only one person who figured out that something was wrong: my mother. When I would go over to my parents’ house for dinner, she would ask me what was wrong. I always made up an excuse. But one day, I finally stopped lying and told my family. They listened, and told me that they loved me, and that I could get help if I needed it.

There’s a Catch-22 with depression: The most generally effective treatments are medication and therapy, but it takes some work to get yourself an appointment with a doctor or therapist (assuming you even have access to affordable mental health care in the first place). If you have serious depression, though, you’re convinced that any work is hopeless — you won’t try to find a therapist because your depression is telling you it won’t help anyway. The best treatment is precluded by the disease.

My sister — and I’ll never be able to repay her for this — did the research for me. She found me a therapist and connected us via email. Having someone else do the simplest work, writing an email, broke the Catch-22. I went to my first appointment in July 2015.

You have to open up

Therapy isn’t a panacea. It doesn’t help everyone, and even many people who do benefit wouldn’t say their depression has been “cured.” But that wasn’t the point for me. What my therapist did was help me manage my depression, and not just with medication. She taught me mental techniques, routines and habits of thinking that could check depression’s influence over my mind.

I won’t go into details of my therapy sessions. Some of them, like the specifics of our conversations about suicidal thoughts, are still too raw.

What is important, though, is that they helped. These tools helped lift the cloud of depression. It’s not a coincidence that in the second half of 2015, I went on my first date with the woman who will soon become my wife. Before therapy, I don’t think I was open enough to the idea that anyone could love me and be able to make a real relationship work.

The more I used therapy tools, the better I became at opening up and convincing myself that life was worth living. Between this self-care and the successful relationship it enabled, I was in a good enough place that I stopped needing regular therapy appointments altogether.

I don’t want you to think that my life is perfect. I still have problems. But they’re more mundane problems, like handling family finances on a journalist’s salary, rather than life-threatening ones, like suicidal thoughts. That seemed impossible three years ago.

The one thing I wish everyone could understand about depression is that it is a social disease. The part that makes suicide look like a way out is that you feel profoundly alone. This is a lie, but it can only be shown to be a lie through honesty with yourself and the people around you.

If you think someone in your life is depressed, ask them how they’re feeling and tell them you’re there if they need you. Maybe they’ll say they’re fine, and maybe they’re telling the truth. But if they aren’t, just keep showing them you’re there. And if they tell you they’re in trouble, then help.

And if you are suffering, you can get through this. Tell someone — anyone. The stigma around mental illness — it shut me up too, and it cost me dearly. There are people who care about you, who will do the work necessary to help you survive. All you have to do is ask.

The National Suicide Prevention Hotline is 1-800-273-8255. It’s available 24 hours a day, seven days a week; you should call if you’re having suicidal thoughts of any kind. 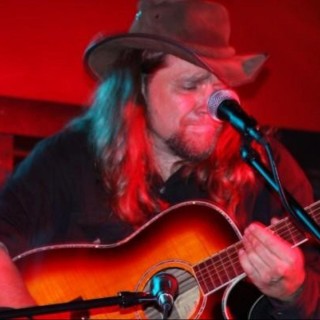 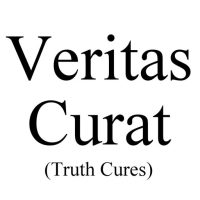 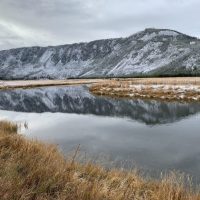